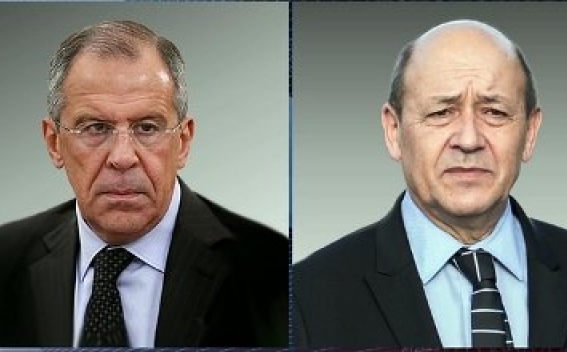 ''The Ministers emphasized the importance of ensuring the implementation of the November 9 trilateral declaration signed by the leaders of Russia, Azerbaijan and Armenia.

To this end, cooperation with the International Committee of the Red Cross, the UN High Commissioner for Refugees, the UNDP and the UNESCO acquires particular importance. Lavrov clarified the conditions of the participation of Russian peacekeepers, as well as the functions of the interagency center for humanitarian response.

The Ministers agreed that the main priorities at present are the safe return of internally displaced persons and refugees, the unblocking of economic and transport communications in the region, the providing of humanitarian assistance and the rehabilitation of civilian infrastructure.

The Russian, French FMs exchanged views on further steps towards long-term settlement of Nagorno-Karabakh crisis, based on the principles agreed within the framework of the OSCE Minsk Group and based on the equal interests of the Azerbaijani and Armenian peoples.