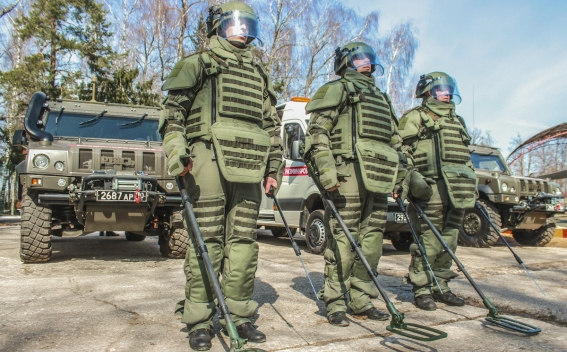 Russia’s Ministry of Defense reported about departure of divisions of International Anti-Mine Center to Karabakh for sapper works, Aysor reports.

The ministry said in a statement that An-124, Il-76 and Tu-154 planes of Russian Military-Transport Aviation of Russia’s Airspace Forces have transported specialists and ammunition for the implementation of tasks in the peacekeeping zone in Nagorno Karabakh.

Over 100 militaries, 13 military and special equipment, including Uran-6 and armored vehicles were transported.

It has been noted that the personnel and the equipment reach the destination via Yerevan-Goris-Stepanakert route and will pass to work upon the arrival. The specialists will de-mine and eliminate the explosives in the territories of Karabakh that suffered most from the conflict.