The Bill on Abolishing the Martial Law in Armenia Not Adopted 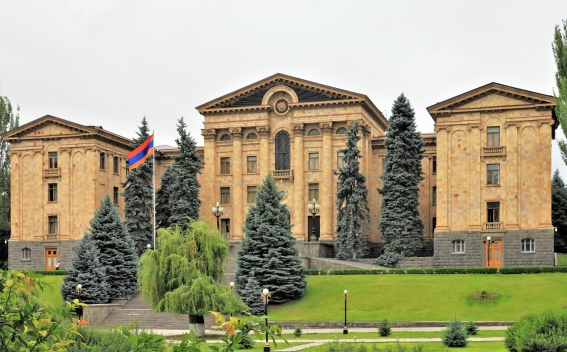 The National Assembly of Armenia did not adopt the bill on abolishing the martial law. ARMENPRESS reports 36 MPs voted for abolishing it, 56 against. 2 MPs abstained.

''Bright Armenia'' Party had brought the bill to the parliament.

Government representative, Deputy Health Minister Anahit Avanesyan said at the extraordinary session of the parliament that the Government suggests that martial law should be abolished gradually.

The Standing Committee on Defense and Security gave a negative conclusion to the bill yesterday.