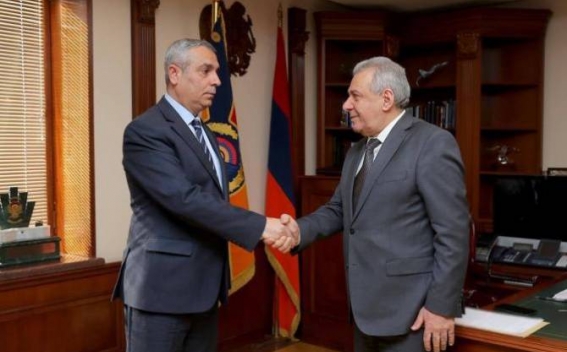 Masis Mayilian congratulated Vagharshak Harutyunyan on taking office as head of the Armenian Ministry of Defence, emphasizing that in the current difficult situation it implies even greater responsibility.

At the meeting, the sides touched upon the process of the implementation of the peacekeeping mission by the Russian Federation, noting the importance of measures taken in cooperation with the authorities of Artsakh to ensure stability in the Republic and to address complex humanitarian issues.

The ministers stressed the importance of the soonest implementation of activities aimed to retrieve from the areas of recent fighting the bodies of Armenian servicemen fallen as a result of the Azerbaijani-Turkish aggression against the Republic of Artsakh, to clarify the fate of the missing persons and to release the prisoners of war and hostages.