Armenia cCondemns All Types of Terrorist Acts in the Region and the Whole World: Armenia's MFA 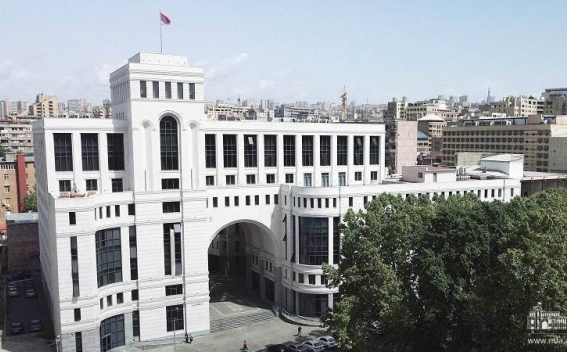 Armenia condemns all types of terrorism in the region and the world, Foreign ministry spokeswoman Anna Naghdalyan told Armenpress, commenting on the question about Armenia’s reaction to the murder of Iranian nuclear scientist Mohsen Fakhrizadeh.

Question: Specialist in nuclear physics Mohsen Fakhrizadeh was killed in Iran on November 27. The murder was followed by reactions from Iran and other states. As a friendly country to Iran, how does Armenia react to the murder of a top Iranian official?

Answer: “We are expressing our deepest condolences over the killing of famous Iranian scientist, head of the defense innovation and research organization at the Iranian defense ministry, Mohsen Fakhrizadeh.

Armenia condemns all types of terrorist acts in the region and the whole world”.