Whoever Speaks about Negotiation You Must Keep Silence, Nikol Pashinyan: Serzh Sargsyan's Office 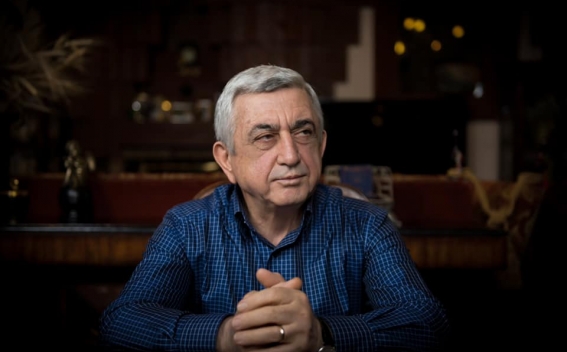 Whoever speaks about negotiation you must keep silence, Nikol Pashinyan, says the statement issued by the office of Armenia’s third president Serzh Sargsyan, Aysor.am reports.

“The history of negotiation you learnt you heard from as you described “literate” and “constructive” Aliyev who you believed so much that considered unnecessary to thoroughly get familiarized about the process from all previous leaders who conducted negotiations. It means you unconditionally trusted our enemy and your political opponents – not. This is the reason till now you have not understood the sense of the negotiation process and its purpose. And when the enemy whispering in your ear the history of negotiation process exclusively from the interest of its country, after your betrayal, applying to you on air a whole day subjected you to the last humiliations, was laughing at you and mocking, you did not utter a word. For each Armenian having dignity, no matter in what corner of the world it was a greatest disrespect and shame, but not for you.
You are ready only to attack your political opponents but kneel in front of your enemy.

You may shamelessly lie and falsify the history to avoid responsibility in a way peculiar to a coward and with manipulative tricks adapt everything to your intension to cover up your shameful defeat.

During the 2,5 years you moved the solution of Artsakh issue exclusively in the direction of giving land or not, while before you the negotiations were held over taking Artsakh from Azerbaijan through mutual concessions.

Armenia’s third president will yet thoroughly refer to this and many other issues.

It is already a fact that all the previous authorities will be mentioned in the history of the newly independent Armenia as authorities who defended their homeland with dignity, the victorious authorities who liberated lands while you, unworthily defeated for your chair, who handed over the lands of Artsakh, who is unable to conduct negotiations, who put under serious danger the security of Artsakh and Armenia, a coward and a leader with stigma of a traitor stamped on your forehead by the people.

The history is being written with facts,” the statement reads.