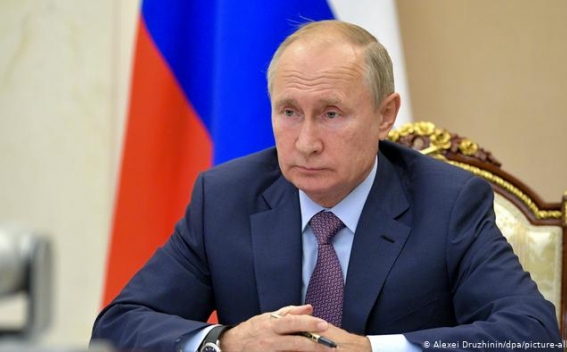 Russian President Vladimir Putin says the Nagorno Karabakh war has increased the risk of terrorism spreading in the region.

"We were all concerned over the armed conflict in the Nagorno Karabakh region, where Azerbaijan and Armenia – CIS member-states close to us all, were involved," Putin said at the CIS summit.

"Unfortunately the military clashes led to many human losses, escalated the already difficult situation in Transcaucasia and increased the risk of spread of terrorism," he said.

Putin added that the Russian peacekeepers in Karabakh are doing everything in order for the situation not to escalate again.

Thousands of mercenaries recruited by Turkey from Syria were fighting for the Azeri military during the Artsakh war. Some of these militant-mercenaries have been captured by the Artsakh Defense Army and are now facing international terrorism charges.