Armenia Ombudsman: What Azerbaijan Military has Done is Step with Clear Intention to Intimidate Civilians 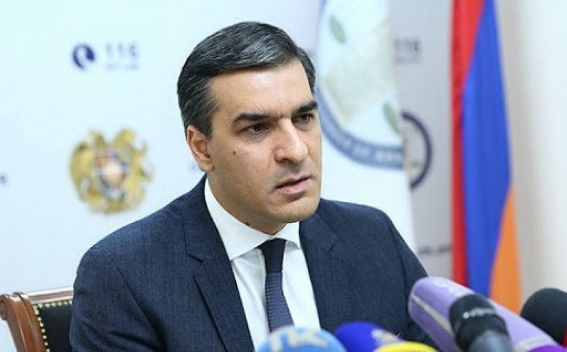 Yesterday’s placement of a sign by the Azerbaijanis—with the map of that country—in the mid-part of the road from the Armenian city of Goris to the village of Vorotan has caused deep concern in Goris, Vorotan, and a number of other peaceful settlements. The Human Rights Defender (Ombudsman) of the Republic of Armenia (RA), Arman Tatoyan, wrote about this on Facebook Tuesday morning, News.am reports.

"The same applies also to the installation of Azerbaijani flags on that section of the road, as well as near the village of Vorotan.

The residents of those settlements have submitted alerts to the Human Rights Defender's Office of Armenia regarding their life, physical security and inviolability, property and other rights of vital importance. It was stated in the alerts that this is a gross violation of their rights.

The staff of the Human Rights Defender of Armenia immediately initiated a detailed investigation.

It turned out that in the mid-part of the border settlements of Armenia, the Azerbaijani military placed a sign reading ‘Welcome to Azerbaijan.’ The map shown on that sign is clearly made in such a way that a significant part of Syunik Province of Armenia and a number of other settlements of our country are represented as part of Azerbaijan. In any case, it is obvious that this is done to create such a perception. The sign was placed on the road connecting one civilian settlement of Armenia to another.

The results of the study clearly confirm that the mentioned step of the Azerbaijani military was done in a way that violates the rights of the residents of the RA border settlements, in a way openly intimidating them (first of all, children, women).

This is a step that is  absolutely reprehensible and with a clear intention to intimidate the civilians—first of all taking into account the torture, inhuman treatment, and other war crimes, ethnic cleansing that the Azerbaijani armed forces have committed against our people, especially during and after the September-November 2020 war.

Such steps are especially reprehensible against the background of the fact that the state policy of organized propaganda of Armenocide and anti-Armenianism continues in Azerbaijan, as well as the fact that open calls for war against Armenia are being made also by Azerbaijanis who have public recognition in that country and have declared themselves human rights defenders. (The staff of the Human Rights Defender of Armenia has recorded the necessary evidence.

This statement will be spread to international structures today," Tatoyan added. Armenia ombudsman: What Azerbaijan military has done is step with clear intention to intimidate civilians