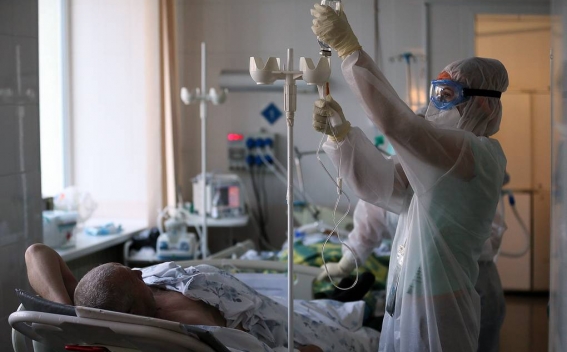 A Colorado man has the variant of the coronavirus from the United Kingdom that health officials say is more transmissable than other strains of the virus, Gov. Jared Polis announced Tuesday, CNN reports.

It is the first known case of the UK coronavirus variant in United States.
The man, who is in his 20s and in isolation in Elbert County, has no travel history, Polis' office said in a news release.
"We will closely monitor this case," Polis said, "as well as all COVID-19 indicators, very closely."
The statement said public health officials are working to identify potential contacts and potential cases through contact tracing interviews.
"An unknown travel history mean that this person picked it up the community," Dr. Atul Gawande, a member of the Biden-Harris transition Covid advisory board and a surgeon at Brigham and Women's Hospital, told CNN.
Health authorities from around the world have said the variant does not appear to be more deadly than previously identified Covid-19 strains.
"We know it is a more contagious variant and that's a serious concern if it is only just now beginning to spread, given that our hospitals and ICUs, in particular, are already being filled," Gawande said.
But the mitigation factors -- social distancing, mask wearing and hand washing -- that work against the virus also work against this variant, he said.
"If this mutation, this mutated virus, which is more contagious, is not widespread yet and beginning to spread, that means it will be even more important to follow the approaches we know work," he said.
Many countries have banned flights from the United Kingdom. The US Centers for Disease Control and Prevention recently announced passengers from London to the United States will need a negative coronavirus test from the previous 72 hours.
The variant has been around since September, and US health officials have said in recent days as it became prevalent in the United Kingdom that it is probably already in the United States.
The United States will likely see "homegrown variants" of the virus, similar to the UK variant, said Dr. Peter Hotez, dean of the National School of Tropical Medicine at Baylor College of Medicine.
Hotez said that if the United States starts performing more virus genomic surveillance, it will likely identify additional strains of the virus in the US.
Public Health England said initial analysis showed that while the variant appears to be more transmissible, there is no evidence it is linked to a higher risk of hospital admission or death.
Հայերեն На русском