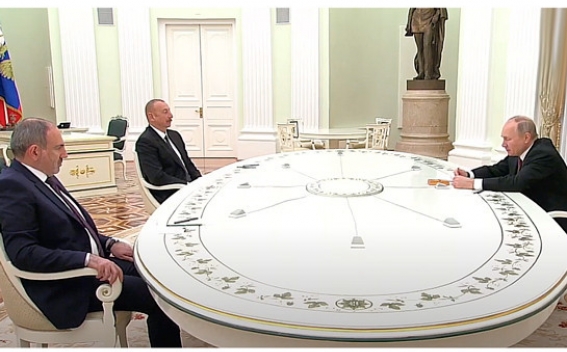 Russia’s president Vladimir Putin has stated today at the meeting with Armenian and Azerbaijani leaders that a trilateral task group headed by vice premiers of Armenia and Azerbaijan will deal with the issues on unblocking economic, trade and transport communications in Nagorno Karabakh as well as opening of borders, Aysor reports.

"The issue on unblocking economic, trade and transport communications in the region, the opening of the borders is of special significance," Putin stated on Monday at the meeting with Pashinyan and Aliyev, according to Interfax.

"It is expected that a special trilateral task group headed by the vice premiers of Russia, Azerbaijan and Armenia will deal with the issues," Putin added.

"I would like to hope, dear colleagues, that our today’s negotiations will pass in working atmosphere and will serve for ensuring stable peace, security and progressive social-economic development in the region, which we all, undoubtedly, are interested in," Putin stated