No Search Operations Planned in Artsakh at the Request of Azerbaijan 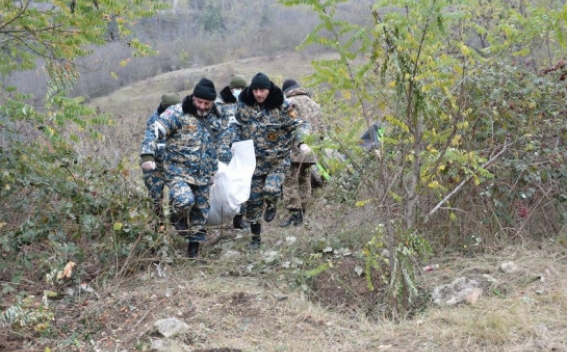 A body of civilian was found near Qarik Tank village of Artsakh during the search operations held on Wednesday, the head of Information Department at the State Emergency Service of Artsakh Hunan Tadevosyan told Panorama.am. In Tadevosyan's words, the victim was identified as Alvard Tovmasyan, born in  1963, whose body was found in the yard of her house by the members of the search and rescue group. He informed that the relatives have already identified the victim. A forensic examination is scheduled to look into the circumstances of her death.

Tadevosyan added that no bodies were found during the search operations conducted in Talish, Hadrut and Mataghis directions. In total, bodies of 1,230 killed servicemen and civilians were found in the operations held from November 13 to January 13.

As our interlocutor informed no search operations are planned on Thursday. "It is not connected with yesterday's ceasefire violation by Azeris as a result of which a serviceman received a gunshot wound. We were told that the Azerbaijan side requested to stop the operations for a day due to certain works to be carried out on their side and do  not want the enemy side to observe them. The planned operations in Hadrut and Jabrayil directions will be carried out tomorrow," Tadevsyan said.

The Artsakh official said that most probably, the Azerbaijani side is implementing engineering works as they have noticed trucks loaded with construction materials arriving in the area.