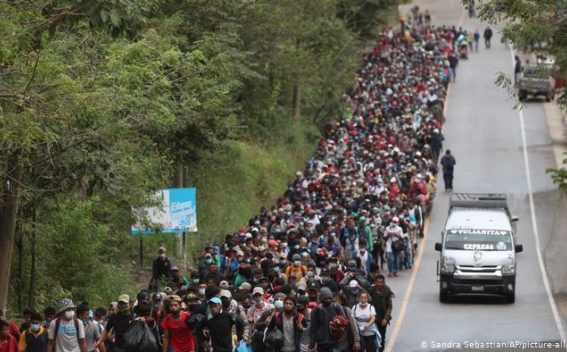 A migrant caravan moving from Honduras toward the U.S. border is calling on the incoming Biden administration to honor what it says are "commitments" to the migrants moving north, amid fears of a surge at the border when President-elect Joe Biden enters office, Fox News reports.

More than 1,000 Honduran migrants moved into Guatemala on Friday without registering, The Associated Press reported. That is part of a larger caravan that left a Honduran city earlier in the day.

The outlet reported that they are hoping for a warmer reception when they reach the U.S. border, and a statement issued by migrant rights group Pueblo Sin Fronteras, on behalf of the caravan, said it expects the Biden administration to take action.

Biden has promised to reverse many of Trump’s policies on border security and immigration. He has promised to end the Migrant Protection Protocols (MPP), which keeps migrants in Mexico as they await their hearings.