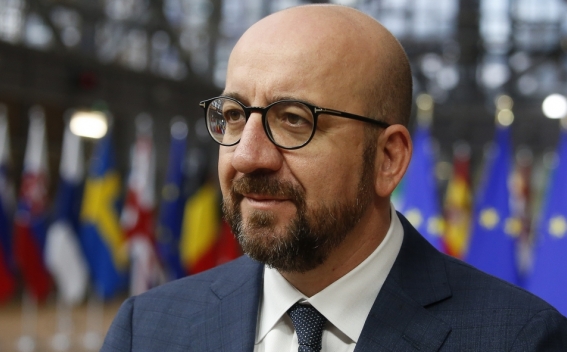 European Council president Charles Michel on Sunday condemned the detention of Kremlin critic Alexei Navalny, urging the Russian authorities to free him after he was arrested at a Moscow airport, NDTV reports.

"The detainment of Alexey Navalny upon arrival in Moscow is unacceptable. I call on Russian authorities to immediately release him," Michel wrote on Twitter.

The EU's foreign policy chief Josep Borrell echoed the call for Navalny to be freed following his arrest, which came as the anti-corruption campaigner returned to Moscow for the first time since his poisoning in August.

"Russian authorities must respect Alexei Navalny's rights and release him immediately. Politicisation of the judiciary is unacceptable," Borrell tweeted.

Navalny, 44, had flown into to Moscow from Berlin, where he spent months recovering from a nerve-agent poisoning that he blames on the Kremlin.

Western experts concluded he was poisoned with Soviet-designed nerve toxin Novichok. The Kremlin denies any involvement in the attack.

The poisoning on EU soil fuelled tensions between the bloc and its eastern neighbour.

In December, Germany was hit with what it called "unjustified" tit-for-tat sanctions by Russia over penalties imposed by the EU following the poisoning.

Figures close to the Kremlin feature prominently on the list of the six, who the EU said were responsible in some way for the poisoning of Navalny due to the functions they held.