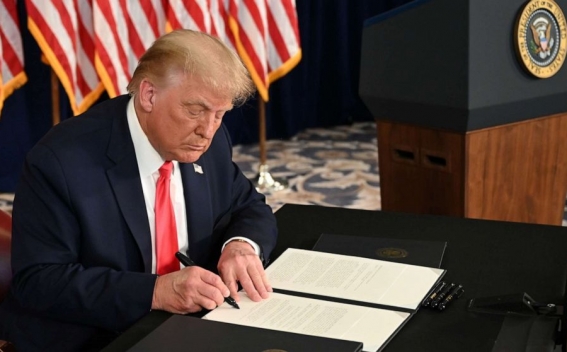 "UAS are used, for example, to assist law enforcement and support natural disaster relief efforts. Reliance on UAS and components manufactured by our adversaries, however, threatens our national and economic security. United States Government operations involving UAS require accessing, collecting, and maintaining data, which could reveal sensitive information. <...> It is the policy of the United States, therefore, to prevent the use of taxpayer dollars to procure UAS that present unacceptable risks and are manufactured by, or contain software or critical electronic components from, foreign adversaries, and to encourage the use of domestically produced UAS," the document said.

"The term "adversary country" means the Democratic People’s Republic of Korea, the Islamic Republic of Iran, the People’s Republic of China, the Russian Federation, or, as determined by the Secretary of Commerce, any other foreign nation, foreign area, or foreign non-government entity engaging in long-term patterns or serious instances of conduct significantly adverse to the national or economic security of the United States," according to the executive order.