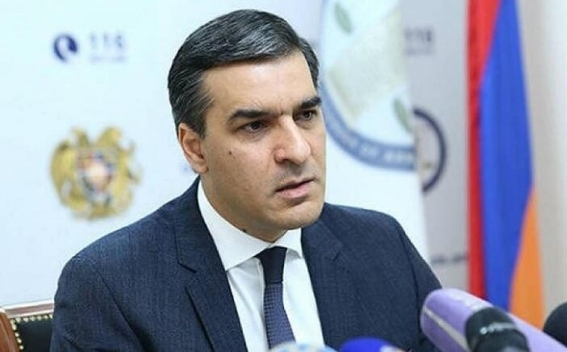 Human Rights Defender of Armenia Arman Tatoyan says the competent state body of Armenia must publish the number of prisoners of the Armenian side who, according to the information at its disposal or in its belief, are currently being held captive in Azerbaijan, Armenpress reports.

“The rule of the law presupposes the presumption of publishing any data of public importance. When rejecting the disclosure of given data, the state must show what legitimate interest it is pursuing. The state’s decision not to make a relevant disclosure must be grounded in reason.

The Armenian government official announced yesterday through a statement that it did not publish the data on the number of captives of the Armenian side in Azerbaijan, and by way of justification, in its official response, merely stated that the issue is one of a "super-sensitive nature." This is not an acceptable approach.

In fact, the publication of the number of captives held by the Armenian side in Azerbaijan will at least:

1) significantly increase international pressure on Azerbaijan to release and return the captives,

3) increase the level of protection of prisoners held in Azerbaijan,

4) demonstrate publicly and emphasize the state's respect for the rights of prisoners and their families,

5) publicly emphasize the state's responsible attitude towards this issue of public importance, and

6) finally, through such a stance, the state will be eliminate or otherwise significantly reduce efforts and any attempts by either side to manipulate and mislead the public with false information.

Therefore, the competent state body of the Republic of Armenia must publish the number of prisoners of the Armenian side who, according to the information at its disposal or in its belief, are currently being held captive in Azerbaijan”, the Ombudsman said on Facebook.