More than 50,500 Artsakh People Transported to Stepanakert from Yerevan After War 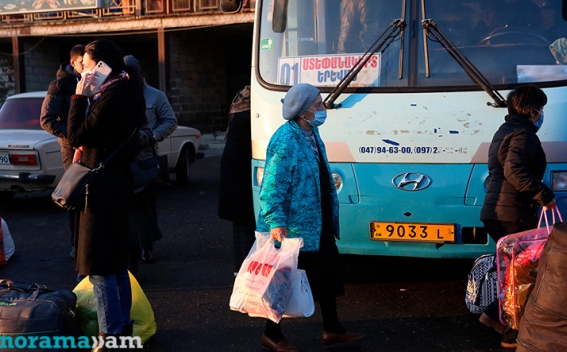 Russian peacekeepers in Artsakh (Nagorno-Karabakh) escort convoys of local residents and refugees every day, the Russian Defense Ministry said in a statement on Saturday.

131 people were transported by buses from Armenia's capital Yerevan to Stepanakert in the past one day.

In total, 50,521 people have already returned to “their homes” in Artsakh after the war, the ministry said.

However, thousands of Artsakh people who were forced to flee their homes during the 2020 war unleashed by Azerbaijan can no longer return to their settlements which were handed over to Azerbaijan in a capitulation signed by Prime Minister Nikol Pashinyan. Those residents mainly resettle in Stepanakert or other Armenian-held regions of Artsakh.