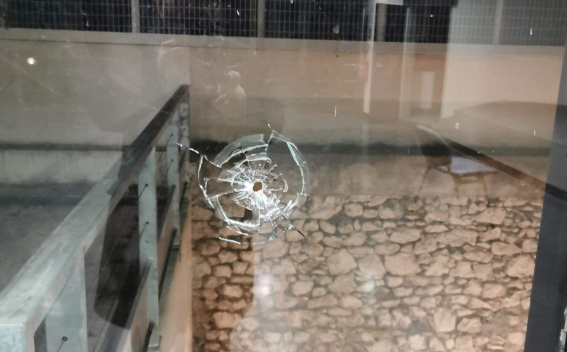 This is one of the most symbolic Armenian centers. More than 250 children attend lessons at the Center every week. I am infinitely concerned. I am certain that the government will guarantee safety at the Center. We are unwavering,” Principal of Abovyan Armenian School Karen Khurshudyan told Hayern Aysor.

After the incident, the police visited and explored the scene of the incident. The criminal broke the window on the second floor on which a piano lesson was in progress. There are no victims.

The president of the Cultural Center has submitted a complaint to the police in regard to the incident.

The Cultural Center is the headquarters for coordination of Armenian organizations. During the war in Artsakh (Nagorno-Karabakh), it coordinated the humanitarian aid being sent from Marseilles and southern France to Armenia.

Prior to this, similar incidents have taken place in Berlin, San Francisco, Paris and Dessin where the statue of Komitas and the Armenian Genocide memorial were vandalized. The “Grey Wolves” Turkish extremist group, which was banned in France, was involved in these operations.