Four More Bodies Of The Artsakh War Casualties Were Found 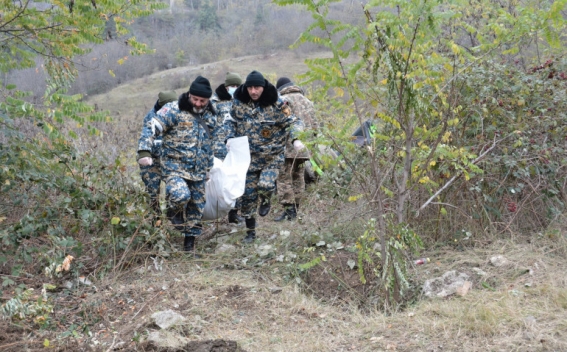 Four more bodies of the Artsakh War casualties were found.

The remains of 28-year-old Ashot Khachatryan, a reservist who was drafted during the war, were found in the Azeri positional section in the direction of Mataghis and handed over to Artsakh, the State Service of Emergency Situations of Artsakh spokesperson Hunan Tadevosyan told ARMENPRESS. "The body was identified using the drivers’ license found in the pocket of the uniform."

"The bodies of another three servicemen were found in Jrakan [Jabrayil]," Tadevosyan said, adding that the identification is in process.

Since the search operations began after the war ended, the Artsakh authorities have retrieved 1287 bodies from the combat zones of the 2020 Artsakh War.

"Today, two teams will conduct search operations in the direction of Hadrut."