Vladimir Putin Had a Telephone Conversation with Joseph Biden 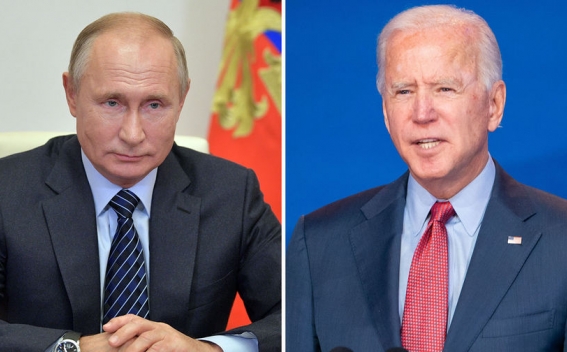 Vladimir Putin had a telephone conversation with President of the United States of America Joseph Biden.

As official website of Russia's President reports, Vladimir Putin congratulated Joseph Biden on the start of his term as US President. He noted that normalisation of relations between Russia and the US would meet the interests of both countries and, considering their special responsibility for maintaining global security and stability, of the entire international community.

The presidents expressed satisfaction over today’s exchange of diplomatic notes on the agreement to extend the Strategic Arms Reduction Treaty. In the next few days, the parties will complete the necessary procedures that ensure the functioning of this important mechanism of international law on the mutual limitation of their nuclear missile arsenals.

They discussed vital bilateral and international issues as well as opportunities to cooperate in countering such serious problems as the coronavirus pandemic, and in other areas, including trade and the economy.

As for international issues, the presidents reviewed the US’s unilateral withdrawal from the Open Skies Treaty, the problem of preserving the Joint Comprehensive Plan of Action on the Iranian nuclear programme, the domestic settlement in Ukraine and the Russian initiative to hold a summit of the permanent members of the UN Security Council.

In general, the conversation between the Russian and US leaders was businesslike and sincere. They agreed to maintain contact.