Nikol Pashinyan: “From this February 1, Our Citizens Can Travel to Russia” 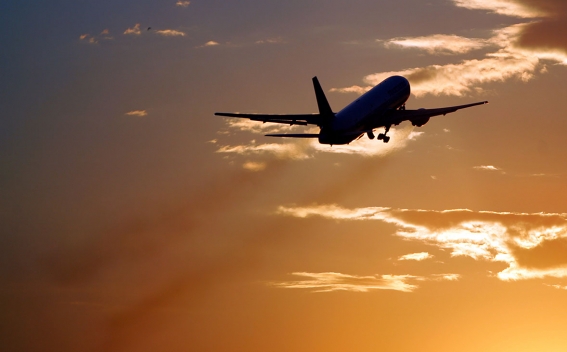 A regular Cabinet meeting was held today, chaired by Prime Minister Nikol Pashinyan. Before discussing the agenda, the Prime Minister announced that the “I travel without COVID” application is being launched.

“Since last year, there have been several travel restrictions due to COVID-19. And many of our compatriots raised the issue of resuming air communication with Russia, because the issue had a specific social component. You know that many of our compatriots used to travel to Russia for employment. We have been working on the matter at hand with our partners in Russia and the Eurasian Economic Union since last year. And here we seem to have a concrete result. The “I travel without COVID” application is being launched, following relevant decisions passed by the governments of Armenia and the Russian Federation. The essence of the program is that based on the negative coronavirus test, citizens will be able to travel by air to specific airports in the Russian Federation. The application shall be piloted until March 1, 2021, but we believe that it will work in practice, because the pre-test has already been successful,” Nikol Pashinyan said.

Healthcare Minister Anahit Avanesyan provided details about the application, noting that an electronic platform has been set up, in which a number of laboratories have been registered. “Citizens can download the “I travel without COVID” application on their phone. The application lists the laboratories that are currently operating in line with this procedure. Citizens can take the test in one of these labs. The test results can be read in QR code mediating a corresponding program. If the test is negative, the window of their free movement turns green and he / she can cross the border. We just need to ask citizens to make sure that the application works on their phone, that the test results are available within at least 72 hours,” the Minister said, noting that the decision will take effect on February 1.

As the Prime Minister pointed out, the program assumes that the scope of flights will expand and increase. “This program is of paramount importance, and I wish to thank our partners in the Eurasian Economic Union, the Government of the Russian Federation, and all participants for close and effective collaboration. This was an initiative of the Government of the Republic of Armenia, which was supported by our partners, and the Eurasian Bank financed the project. The technical problems will be solved, if any, and air traffic will be fully restored over time. I hope that by the end of February - in early March - we will be back to the previous rates of passenger transportations.”

The government approved an action to provide social support to those servicemen who suffered in military operations but do not have first or second degree disabilities. The decision provides that the servicemen who were injured during the hostilities unleashed by Azerbaijan on September 27, 2020, shall be entitled to lump-sum assistance in the amount of 500 thousand drams to mitigate the financial problems arising from temporary disability.

The Executive approved the draft laws “On Amending the Tax Code of the Republic of Armenia” and “On Amending the Law of the Republic of Armenia On Holidays and Memorable Days.” If adopted, the bills are supposed to introduce a more attractive incentive system for law-abiding taxpayers: necessary regulatory frameworks are being created, the system for issuing a certificate of a law-abiding taxpayer is being revised, and appropriate certification and incentive mechanisms are provided.