The Russian Ambassador to Armenia Visited the Ministry of Defense 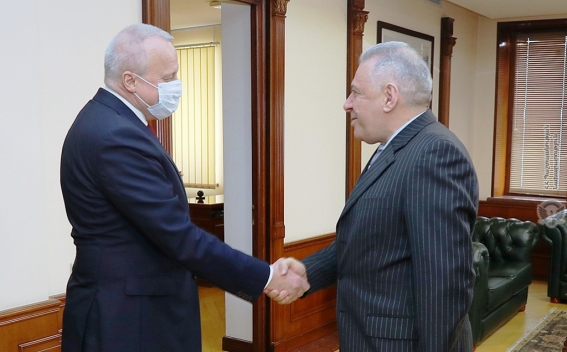 On January 28, on the occasion of the Army Day, The Ambassador Extraordinary and Plenipotentiary of the Russian Federation to the Republic of Armenia Sergey Kopyrkin visited the RA Ministry of Defense, met with the RA Minister of Defense Vagharshak Harutyunyan and the Chief of the General Staff of the RA Armed Forces, Colonel General Onik Gasparyan.

The ambassador congratulated Vagharshak Harutyunyan and Onik Gasparyan on the Army Day, wished them success, strengthened the strategic level of the Armenian-Russian relations in the defense sphere.