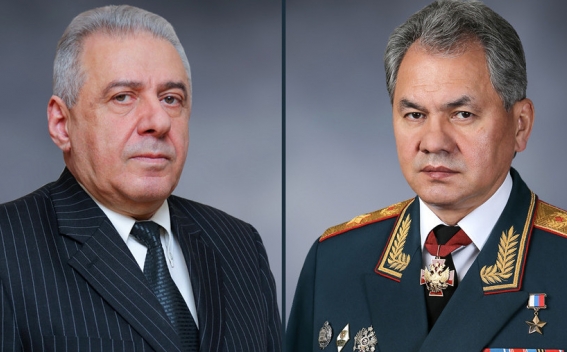 On February 1, on the initiative of the Russian side, a telephone conversation took place between the RA Minister of Defense Vagharshak Harutyunyan and the Minister of Defense of the Russian Federation, General of the Army Sergey Shoigu. The heads of the defense departments of the strategic allies discussed the results of the last week’s staff talks on the Armenian-Russian bilateral military cooperation, as well as the process of resolving Armenia's security issues in the post-war period.

The RA Minister of Defense Vagharshak Harutyunyan expressed satisfaction with the activity of the Russian peacekeeping contingent in Nagorno Karabakh, emphasizing that the best evidence of its effectiveness is the almost full compliance with the ceasefire, due to which no serious incidents were registered in last time, with the exception of the injury of one serviceman of the Defense Army of the Republic of Artsakh.