EU Condemns Coup in Myanmar, Calls for Release of All Detainees 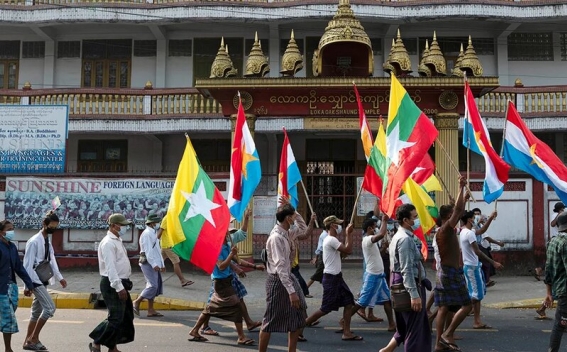 European Commission President Ursula von der Leyen and President of the European Council Charles Michel condemned the military’s seizure of power in Myanmar and demanded the immediate release of all those it had detained in raids across the country, Reuters reports.

"I strongly condemn the coup in Myanmar," Commission chief Ursula von der Leyen wrote on Twitter, and called for the "immediate and unconditional release" of all those detained.

Charles Michel also commented on the incident. "I strongly condemn the coup in Myanmar and call on the military to release all who have been unlawfully detained in raids across the country. The outcome of the elections has to be respected and democratic process needs to be restored", he said on Twitter.