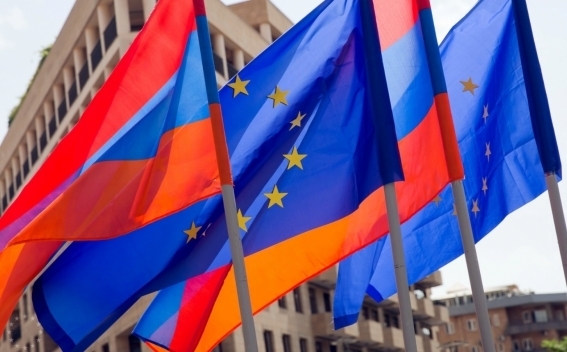 On February 10, 2021, the European Union notified the Republic of Armenia about the completion of the ratification process by the EU and its Member States of the Armenia-European Union Comprehensive and Enhanced Partnership Agreement. The Agreement will fully enter info force on March 1, 2021.

The agreement, which was signed in the framework of the Eastern Partnership Summit held in Brussels on 24 November 2017, takes the bilateral relations between Armenia and the European Union to a new, partnership level and regulates the dialogue in the political and economic spheres, as well as sectoral cooperation and trade relations.

The CEPA is an inclusive document, which creates a solid legal basis for the Armenia-EU partnership, outlining cooperation in various spheres, spanning from justice, security, economy, agriculture and infrastructures to environment and climate, education and science, culture, health, etc.

The effective implementation of the Agreement will bring tangible results to our citizens by promoting democracy, political, economic and social stability through extensive reforms, thus improving quality of life of our citizens.

It should be emphasized that the CEPA addresses the issue of the peaceful settlement of the Nagorno-Karabakh conflict, reaffirming the EU's stated commitment to support the efforts and approaches of the OSCE Minsk Group Co-Chairs on the settlement of the Nagorno-Karabakh conflict, particularly on the basis of equal rights and self-determination of peoples.

The Government of Armenia has constantly reaffirmed its commitment to the effective implementation of the Armenia-EU Comprehensive and Enhanced Partnership Agreement, which is fully in line with Armenia's broad reform agenda.