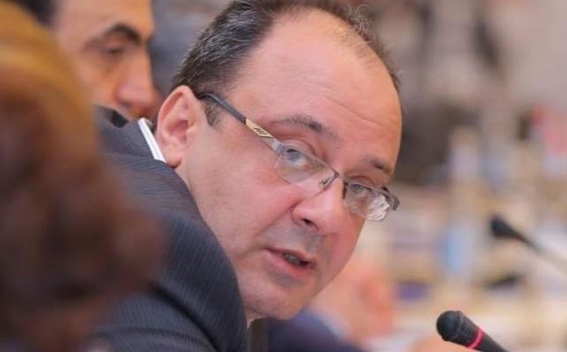 The fake Facebook subscriber identifying himself as “Gagik Soghomonyan” works, first of all, against my team and me, as well as the values I pursue, political analyst Karen Bekaryan said in televised comments on Tuesday, addressing the recently instituted criminal case against him, Tert.am reports.

“We have always had the opportunity to present our approachas and evaluations to the society in a respectable way. So why should we have had anything to do with such a foul-mouthed person?” he said during the broadcast Between the Lines aired by ArmNews TV channel.

Commenting on the motives behind the actions of those backing the “fake user”, the analyst pointed out to a genuine interest to prevent “non-advantageous transformations” in the public sentiments and perceptions.

“To do that it is necessary to launch a special program that would see the ‘fake’ [user] express the political opponents’ views but with such an intolerable and dirty language that would provoke sympathy among the the latter – and the team in general,”

According to Bekaryan, the National Security Service (NSS) should have “maximum rapidly” stopped the chain of crimes and simultaneously identified the culprits "after fixing the fake account and the damage caused".

“That prompted nothing logical, but was any attempt made at all? If not, what is the implication – in both the political and moral and the legal sense? These are questions whose answers will be demanded”.

Addressing the law enforcmement authorities’ subsequent move to involve also Ara Saghatelyan, a former chief of staff of the National Assembly, in the proceeding, Bekaryan described it as an attempt to “undermine” specialists - and different other individuals - who, at certain moments, opposed to the Azerbaijani leader.

Bekaryan said he is under the impression that Ilham Aliyev “has his own his fake account in Armenia to realize his programs through”. “We are dealing with a beneficiary who acts from an absolutely different position, presenting different objectives, but what he does, as a matter of fact, is a completely different work and affair.”

The analyst warned of such disastrous aftermaths as the disintegration and disreputation of the military, and failure to provoke a diplomatic counteraction “while also spoling the relations with partners, including the military ally [i.e. - Russia].”

“Has Aliyev succeeded or not? Any one of you not only knows that he has but is also aware that Aliyev wouldn’t expect this kind of success by his own ‘fake’,” he said, adding that the Azerbaijani leader’s masked user “is now totally disclossed”.