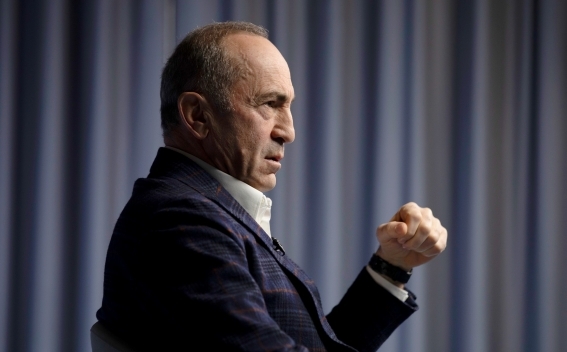 Robert Kocharyan has dismissed any plans for leading the Armenian opposition in the near future, ruling out also the possibility to be the top figure of any political party, Tert.am reports.

In comments to the Russian media, the former president said he sees absolutely no sense in reshaping the opposition format "from the way into which it has developed now". "The opposition today has developed a format in which changes are absolutely pointless in essence. They have been able to consolidate a large part of the society. And I myself have always been in support of the formet," TASS.ru quoted him as saying.

According to Armeniasputnik.am, Kocharyan lauded the current opposition leader, Vazgen Manukyan, as an "experienced political figure", reminding journalists that the Homeland Salvation Movement which he now leads aims to achieve the current government’s resignation to pave way for snap elections in 2022.