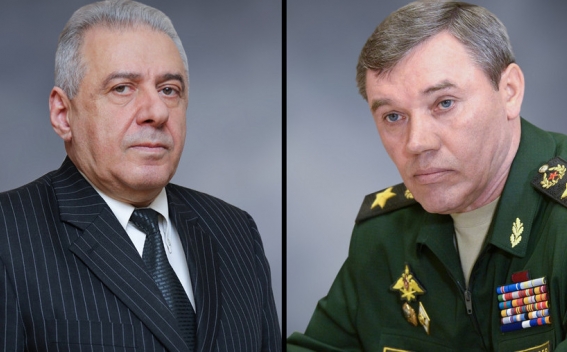 Armenia’s Minister of Defense Vagharshak Harutyunyan and Russia’s Chief of the General Staff of the Armed Forces Valeriy Gerasimov held a telephone conversation in the evening of March 23 and discussed issues concerning the Armenian-Russian military cooperation, namely the unified actions of the Armenian-Russian joint military contingents, as well as the solution of the security issues of the Syunik Province, the defense ministry said in a news release, Armenpress reports.

“The modernization and large-scale reforms programs of the Armenian Armed Forces were discussed.”

Harutyunyan and Gerasimov also agreed to hold additional negotiations during an upcoming high-level Russian delegation’s visit to Armenia which is expected to take place soon for more comprehensive discussions of the abovementioned issues.