Hakob Arshakyan Has Announced His Resignation 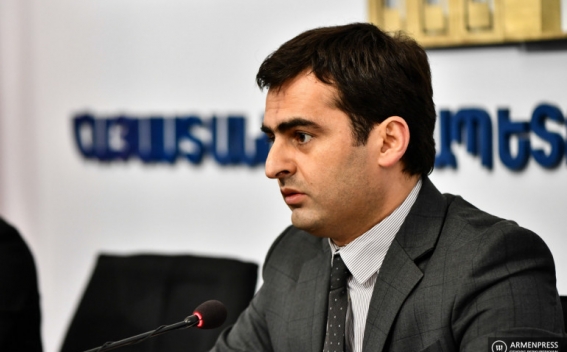 Armenia’s Minister for High-tech Technology Hakob Arshakyan has announced his resignation, saying that he will continue to work for the development of the the Homeland, ArmRadio reports.

The enticement comes days after the Minister was involved in an incident with journalist.

"As a citizen of the Republic of Armenia, I consider unacceptable the use of violence by an official against any citizen, we are obliged to move on the path of having a society without violence," Arsahakyan said in a facebook post.

"As a high-ranking official, a person representing the Republic of Armenia in the international arena, I am obliged to serve the public as an example through my own experience. Thus, I express my intolerance for violence, both psychological and physical. I hope that what happened will serve as a lesson for our society and we will love each other a little more and respect everyone’s right to privacy and family life," the Minister said.

He thanked Prime Minister Nikol Pashinyan for trust and the oppportunity to serve the Homeland in this high post. He also thanked colleagues in the government for joint work.

"I thank our citizens who trusted, loved or did not appreciate or criticized me during my tenure. I assure you that every word of encouragement and criticism has found its place in our daily work and success," Hakob Arshakyan added.

He expressed gratitude to thousands of employees of the Ministry and the adjucent bodies.

"Many of our brothers fell in battle, I bow my head before their memory and their families  families, their heroism will remain in our hearts forever. We have a very beautiful country, where strong and good people live. Do not divide and classify each other, we will build a happy, secure and developed country together, with the daily hard and consistent work of each of us," Arshakyan concluded.