Residents of the Border Village of Aravus Were Urged to Leave Their Homes under the Threat of Azerbaijani Drone Strikes: Armenia's Ombudsman 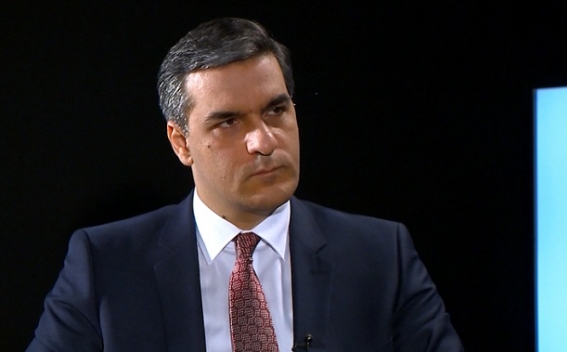 Ombudsman Arman Tatoyan on Wednesday voiced his concern over the illegal presence of Azerbaijanis in the country’s south, highlighting the imminent threats to the local civilians’ life as citizens of the Republic of Armenia, Tert.am reports.

Speaking at a news conference, Tatoyan elaborated on a recent incident that saw residents of the border village of Aravus (Syunik region) being urged to leave their homes under the threat of Azerbaijani drone strikes.

“This is why we have proposed the notion of a security zone to make the Azerbaijanis leave [the southern region] - together with their banners and soldiers. After they leave, our Armed Forces too, must be be redeployed to make the security zone fully accessible to citizens of the Republic of Armenia,” he said.

The Ombudsman ruled out any possibility of border demarcation or delimitation in the current state of affairs, admitting that the process requires “completely different procedures”. “What’s even more, their implementation requires activities also on the level of a commission, as those processes normally drag on for years. This is why the Azerbaijanis’ appearance there has no legal title at all, as they have found themselves on that territory in the aftermath of the war and threats of force.”

Tatoyan also highlighted Azerbaijan’s blatantly hostile attitude to Armenia and the Armenian people. “And that hostility, by the way, is manifested not only against the ethnic but also the religious background. They have developed an in-depth hatred for the citizens of Armenia and the Armenian people, and in general to anyone who has any relationship to the Republic of Armenia. Azerbaijan is pursuing an openly state-sponsored policy of hatred, with the president never hiding the fact,” he said, referring to Ilham Aliyev’s recent remark that “a generation with deeply antagonistic attitudes towards the Armenians has grown up in Azerbaijan”.

Meantime, as a counter-approach, the Ombudsman highlighted the Armenian population’s peaceloving attitude "on just the other side of the border". “The population of Armenia has never guided itself by antagonistic sentiments. There are also ethnic minorities in Armenia, and the Armenian people live side by side with all of them under conditions of peaceful co-existence,” he added.