Robert Kocharyan: If Borders Are Opened, Turkey Will Do in Armenia what It Did in Adjara 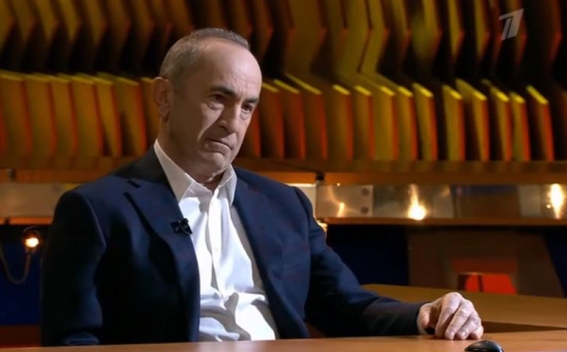 In an interview with Vladimir Pozner, second President of Armenia Robert Kocharyan says the greatest threat for Armenia is linked to Turkey, NEWS.am reports.

“The threat is existential and historical. The Turks and Armenians view each other as threats. This is explained by the closed border and the absence of diplomatic relations,” the ex-president said, adding that if Turkey and Armenia open their borders, Turkey will do what it did in Adjara.

Stating that he sees a certain risk, the ex-president stated that Armenia’s orientation towards Russia irritates not only Turkey, but also the Americans. According to him, the forces trying to escalate the situation are working very actively in Armenia and are trying to blame Russia for the defeat in the war. The organizations of Soros and various kinds of non-governmental organizations, which advocate globalist values, are inspiring us to change the vector of orientation and relieve ourselves of the stereotypes of the past. “Armenia is a small and poor country, and I agree that its geographical position attracts attention,” he said.
Հայերեն На русском