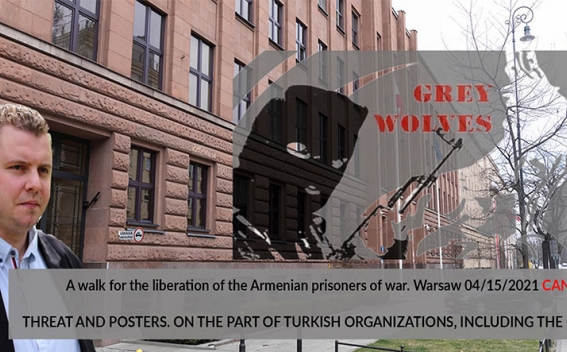 Due to threats and entries from pro-Turkish organizations, the silent demonstration to demand the returnn of Armenian PoWs  under the Polish Ministry of Foreign Affairs has been canceled.  As Polish politician Tomasz Lech Buczek informed that action was supposed to take place on PAril 15 at 1.00 p.m. local time.

"Safety is paramount.This is another act of hatred against the Armenians and the intimidation-based policy of Turkey and Azerbaijan. Free the Armenian prisoners of war!" Buczek wrote on his Facebook page, Panorama.am reports.

To remind, a worldwide silent demonstration is being held on April 15 demanding to help return over 300 Armenian POWs and citizens kept in hostage in Azerbaijan following the Artsakh war in October 2020.