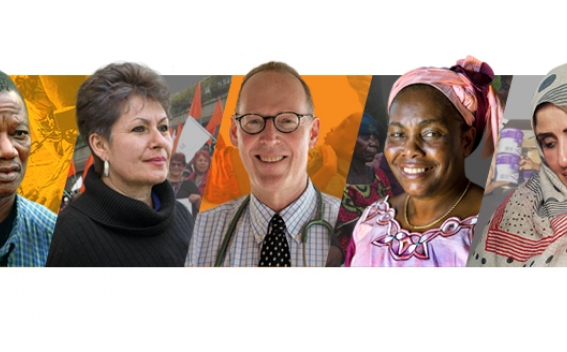 “It is a great honor to have the opportunity to recognize these distinguished men and women from all over the world. The 2021 Aurora Humanitarians are individuals who truly believe in the basic human rights and have dedicated their lives to helping people in areas of adversity. They are also recognized for the huge impact that even one individual can have by helping thousands and, most importantly, inspiring millions at the same time,” said Lord Ara Darzi, Chair of the Aurora Prize Selection Committee.

“The outstanding accomplishments of the 2021 Aurora Humanitarians show their unyielding willingness to act in response to the needs of people around them. Aurora believes deeply in the power of humanity to improve and save lives and has come up with the concept of “Gratitude in Action” that describes the human spirit that can motivate humanitarian activism. The heroes we are honoring today are the role models the world needs now more than ever before,” noted Marguerite Barankitse, founder of Maison Shalom and REMA Hospital and the inaugural Aurora Prize Laureate.

At the event, the Aurora Humanitarian Initiative also officially announced the opening of the nomination period for the 2022 Aurora Prize and encouraged everyone to put forward inspiring modern-day heroes. Earlier that day, Aurora representatives had commemorated the Armenian Genocide by attending a flower-laying ceremony at the Tsitsernakaberd memorial in Yerevan, Armenia, dedicated to the victims of the first genocide of the 20th century.