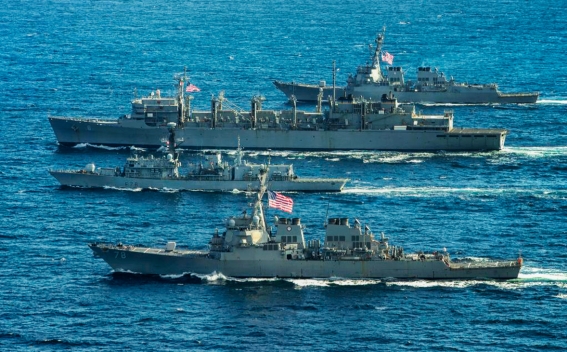 A U.S. Navy warship fired warning shots at three small Iranian speedboats that came within 70 yards of it and a Coast Guard cutter operating in international waters in the Persian Gulf on Monday, according to the U.S. Navy, ABC News reports.

The three Iranian boats rapidly approached the two American ships at what a U.S. Navy spokesperson called "an unnecessarily close range, with unknown intent" coming as close as 68 yards to both ships.

"The crew of Firebolt then fired warning shots and the IRGCN vessels moved away to a safe distance from the U.S. vessels," she added.