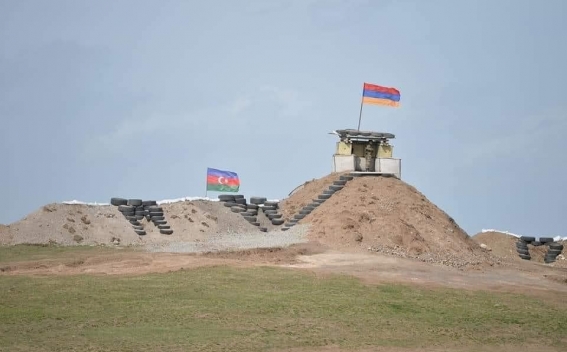 On April 28 at around 11:40 a.m. at the maintenance station of N military unit of the Armed Forces of Armenia located in the northeastern sector of the country’s state border, trespassing the line of contact from the side of the Azerbaijani Alibeyli settlement, 8-10 persons dressed in civilian clothes crossed over to the territory between military posts, bringing with them 30-40-meter long tubes, probably for the purpose of delivering water from the specific territory to the nearby Azerbaijani military post. Noticing the servicemen on the frontline positions of the Armed Forces of Armenia, the persons dressed in civilian clothes left and headed to the Alibeyli settlement, leaving the tubes in the territory between the military posts. The servicemen of the Armed Forces of Armenia showed restraint and didn’t give in to provocations. The adversary’s actions were terminated. This is what the Ministry of Defense of Armenia told Armenian News-NEWS.am.

The units of the Armed Forces and the Border Guard Troops of the National Security Service control the border situation along the entire length of the border zone and perform their tasks.