Over 120 MEPs Urge Azerbaijan to Return All Armenian POWs 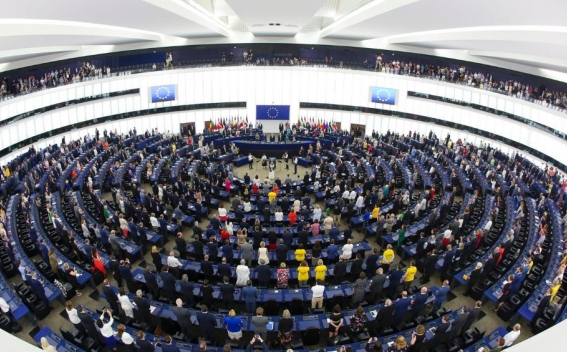 In their letter the MEPs reminded that Armenia released all prisoners of war it held, remaining committed to the trilateral statement signed on November 10, 2020. “This is not the case with Azerbaijan: not only does it still hold Armenian prisoners, but it is also suspected of having made new prisoners, including civilians, after the official end of hostilities. It is difficult to precisely draw up the number of remaining prisoners and captives, due to the high number of missing persons and the lack of cooperation from the Azerbaijani side, but it would include 72 people whose captivity Azerbaijan admits, 112 people about whom Azerbaijan did not provide any information , and 61 people whose captivity Azerbaijan categorically denies, but about whom there is concrete evidence to the contrary”, the letter says.

The MEPs noted that this is not only a violation of humanitarian law, but also contradicts to Azerbaijan’s clams to move to normalization and reconciliation.

The lawmaker stated that all prisoners and detained should be released without any precondition.

They also touched upon the facts of torture, violence against the Armenian POWs and civilians, the proofs of which are often provided by their authors, who themselves publish them on the Internet.

“Armenia, a friend of Europe, has already paid a very high price in this conflict, and still has to suffer this inhuman situation: many Armenian families are awaiting to know if their children died during the war, or if they are prisoners – thus possibly threatened to die, after the ceasefire, of the conditions of their detention.

The European Union can no longer leave Armenia in this unbearable situation; we must act so that violence does not once again take precedence over the law. We are proud of the principles that bind us together: they must urge us today to bring all our weight, and use all levers at our disposal, to demand that Azerbaijan purely and solely respect international law. If Europe wishes to fulfill its commitments, it must ensure that this violation of international law in its neighborhood does not become a tragic precedent.  Otherwise, its silence and inaction will turn into historical responsibility.

As Members of the European Parliament, we ask you to act to demand the return of all Armenian prisoners of war to their country”, the MEPs said in their letter.