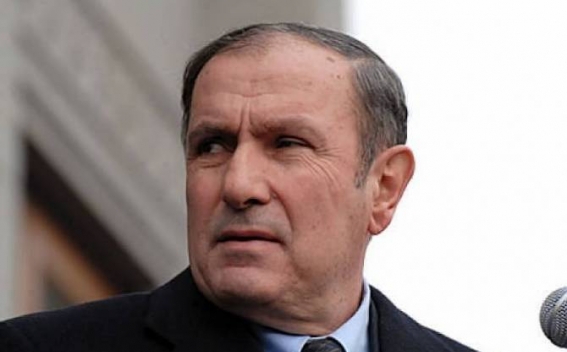 Armenia’s first president Levon Ter-Petrosyan revealed today that during the March 25 meeting with second and third presidents Robert Kocharyan and Serzh Sargsyan he offered them to cooperate and presented text of the statement he made, Aysor.am reports.

The statement particularly said that based on the urgent necessity of restoring the psychological balance of the people, discharging of extremely tense domestic political situation and avoiding further deepening of hate speech and clashes as well as the obvious destructive consequences of the reproduction of the failed authorities as well as the need of formation of new authorities they state about putting aside the previous principle disagreements and participating in the elections with National Consent Bloc list.

Ter-Petrosyan noted that the discussion of his proposal did not take place as Robert Kocharyan immediately declined the offer reasoning with exclusively moral principle, saying that with it he would betray “Homeland Salvation Movement” created by him. The first president stressed that Serzh Sargsyan did not tell anything.

“Today I publicly repeat my proposal to the second and third presidents. I am convinced that in case of relevant public pressure it is an absolutely implementable program and probably the only way to avoid new disasters. It is the duty of all Armenians to realize that the reproduction of Pashinyan’s regime is much more dangerous for Armenia and Artsakh than even the possible or supposed threats coming from Azerbaijan and Turkey,” the first president stated.