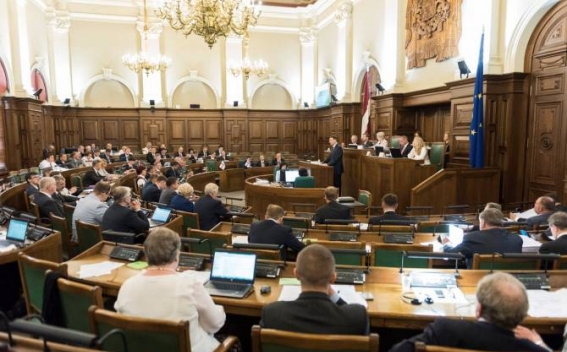 Latvia has officially recognized and condemned the 1915 Armenian Genocide, Armenia’s Ambassador to Latvia, Lithuania and Estonia Tigran Mkrtchyan, who is completing his mission, said on Facebook, Armenpress reports.

“Latvia has finally officially recognized and condemned the Armenian Genocide. 58 out of 100 members of the Saeima voted in favor of the resolution. What was difficult to imagine years before today has become a reality. This is a result of the hard work of the past years, where the intensive political contacts, the parliamentary diplomacy, the cultural diplomacy have played a key role”, the Ambassador said.

“I bow before all political forces and lawmakers of the Latvian Parliament who have voted in favor of giving a solution to this very important issue for the Armenian people in Latvia. A statement about the Armenian Genocide committed under the era of the Ottoman Empire”, he said.