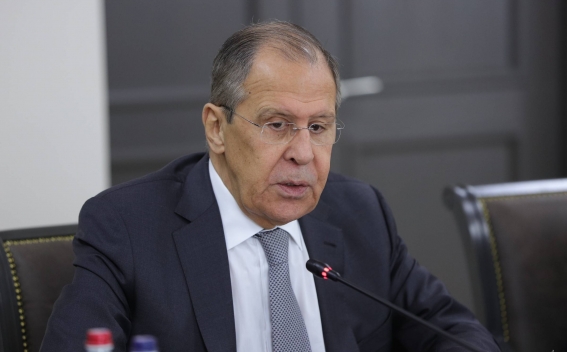 "Today's talks covered not only the trilateral cooperation aimed at unblocking economic links in the region but the whole spectrum of issues emerged in the post-conflict period," Russia's FM Sergey Lavrov said at a press conference on Thursday, summing up talks with his Armenian counterpart.

Lavrov's remarks were made in response to Panorama.am request to comment on Azerbaijani president Ilham Aliyev's recent statement about the so-called 'Zangezur corridor.'

To remind, in a recent interview, Aliyev declared that their would implementing the Zangezur Corridor, whether Armenia wants it or not. ‘If Armenia wants to, we will solve this issue more easily, if it does not, we will solve it by force,’ the local source quoted him as saying.

Lavrov reminded that the mechanism of trilateral cooperation at the level of deputy prime ministers was established according to the decision of the president of Russia, Azerbaijan and the prime minister of Armenia as reflected in the January 11 trilateral statement adopted in Moscow.

"This mechanism envisages agreements which are exclusively volunteer, are based on mutual benefits and imply nothing except diplomatic agreements and decisions aimed at completely unblocking the economic links. Any issues put forward in contrary to the agreements made by the three leaders can not be accepted as an alternative to what has already been agreed," said Lavrov.