Robert Kocharyan, ARF-D and Opposition "Reviving Armenia" Party to Hold Rally on May 9 in Yerevan 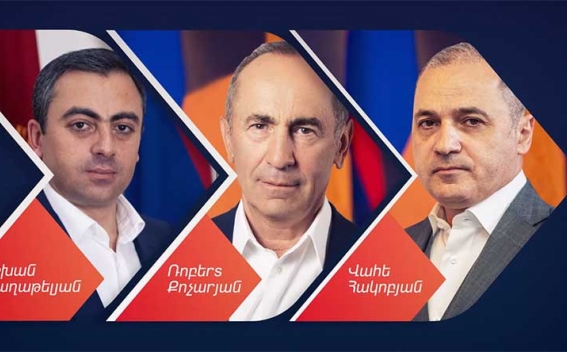 The Armenian Revolutionary Federation-Dashnaktsutyun political party and Reviving Armenia Party, which have declared that they will run in the snap parliamentary elections through a unified alliance and the pre-electoral list of which will be headed by first President of Artsakh (Nagorno-Karabakh) and second President of Armenia Robert Kocharyan, are inviting all citizens of Armenia to their first rally at Freedom Square in Yerevan on May 9 at 4 p.m, News.am reports.