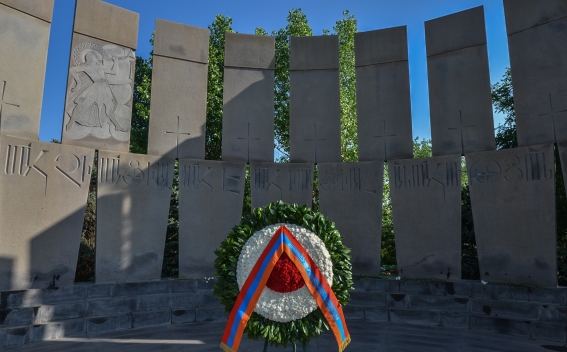 A wreath was laid today in the morning on behalf of President of Armenia Armen Sarkissian at the Yerablur Military Pantheon on the wall commemorating the heroism of those who died for the freedom and independence of the Motherland, the Presidential Office told Armenpress.