Return of Armenian Prisoners Continues to Be on Russian Agenda: Ambassador 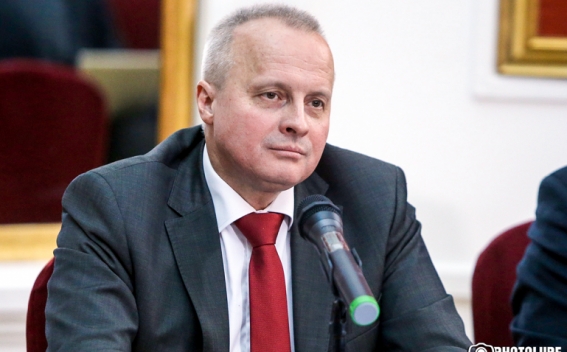 The visit of the Minister of Foreign Affairs of the Russian Federation Sergey Lavrov to Armenia was effective and constructive. This was stated by the Ambassador Extraordinary and Plenipotentiary of Russia to Armenia Sergei Kopirkin in an interview with journalists in the Victory Park in Yerevan on May 9, News.am reports.

''The entire package of issues related to bilateral relations and the situation in the region, as well as around Nagorno-Karabakh, was discussed. I think that the representatives of the Foreign Ministry have given and will give appropriate assessments. But, in my opinion, it was a good, effective, constructive visit, fully corresponding to the level of our relations, our political dialogue, "Kopirkin said.

He also noted that the issue of returning the Armenian prisoners held in Azerbaijan was also discussed with Lavrov.

When asked if the issue of Armenian prisoners remains on the Russian agenda, the ambassador answered shortly: ''Certainly''.