The Incumbent Authorities Must Leave as They Are the Symbol of Our Defeat: Kocharyan 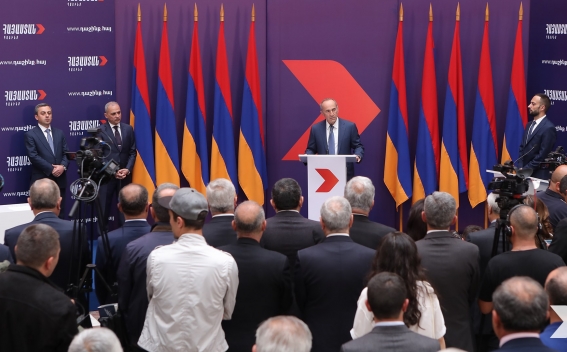 The incumbent authorities must leave as they are the symbol, the face and the voice of our defeat, with such face and voice we cannot look to the future and build this future, Armenia’s second president Robert Kocharyan said at the establishment of “Armenia” bloc, Aysor.am reports.

The bloc headed by Kocharyan is formed by ARF-D and Reviving Armenia party.

“It is impossible to move forward with such a seal on people’s forehead. These authorities is guilty in 5,000 victims, 11,000 wounded and 35,000 homeless compatriots. These authorities bring death, suffering and ruins everything it touches. The substantiated suspicion of treachery and sale of Artsakh will remain among the people as long as these authorities stay,” Kocharyan said.

He stressed that only after change of power it will be possible to answer to a number extremely important questions.