Serzh Sargsyan not Included in Election List, Says he Completed his Service to Armenia, People in high Posts 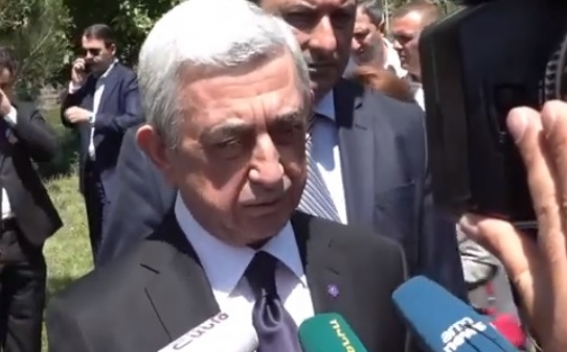 Not being in the list does not mean not participating in the elections, Armenia’s third president Serzh Sargsyan told the reporters today after the memorandum on forming election bloc between RPA and Homeland party has been signed, Aysor.am reports.

“Those heading the election lists want to have high state posts. As I have stated I will not take high state posts again, I will just help with my advice, if needed. As to why, it is quite simple, I consider that I have already completed my service to Armenia and the Armenian people in high state posts,” Sargsyan said.