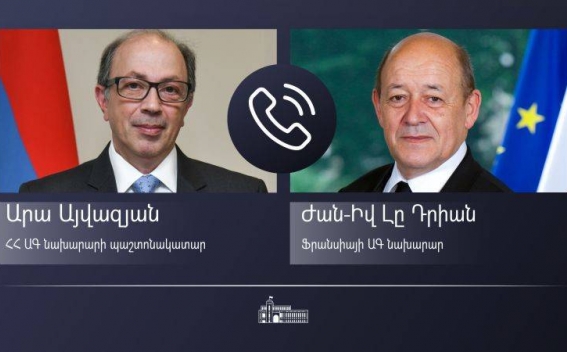 At the center of the conversation was the situation in the bordering regions of Armenia instigated by the Azerbaijani armed forces and the steps being undertaken towards reducing the tension. In this regard, the Foreign Minister of Armenia commended the principled position of France on the inadmissibility of Azerbaijan's encroachments on the sovereign territory of Armenia.

The sides touched upon the Nagorno-Karabakh conflict, and in this regard the active role of the OSCE Minsk Group Co-Chairs was emphasized.

Both sides stressed the imperative for undertaking measures towards ensuring regional stability and security.