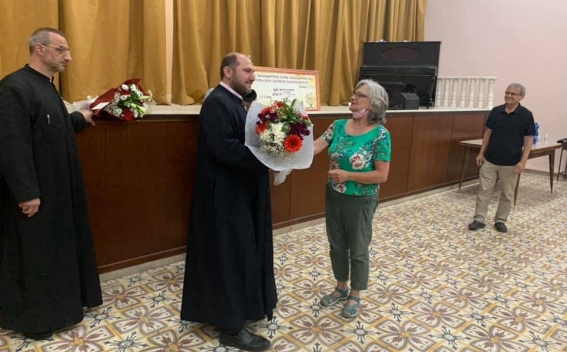 About 200 Jews visited the Armenian district of Jerusalem and met with Father Diran Hagopian and Father Arpag Sarukhanian, who were attacked by Jewish religious youth a few days ago, ''Hayern Aysor'' reports.

During the meeting, they apologized for the incident and expressed their support and solidarity with the Armenian Patriarchate of Jerusalem and the Armenian community.

Also, they discussed the issue of developing measures to combat such cases.