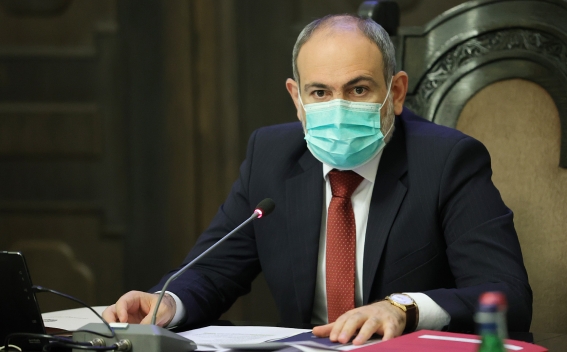 "Our soldiers were captured, the circumstances must be clarified, but one thing is clear – it is not capturing, it is kidnapping of our soldiers from the territory of the Republic of Armenia," Pashinyan said.

He stressed that the developments are absolutely unacceptable for Armenia and such incidents take place as some want us to adjust to the presence of Azerbaijani forces in Armenia’s territory, which cannot take place.

He said it is a direct threat to Armenia’s territorial integrity, sovereignty and gross violation of the international right and this is a case when Armenia must use all the levers.

"I think our public must be consolidated over the armed forces, army, state institutions," Pashinyan said.

He said the demand that Azerbaijani armed forces must unconditionally leave the territory of Armenia.

"The Armed Forces must continue their functions of protecting Armenia’s borders, the territorial integrity. No matter through how harsh times we are passing through nervous and unbalanced actions are not proper here," Pashinyan said.