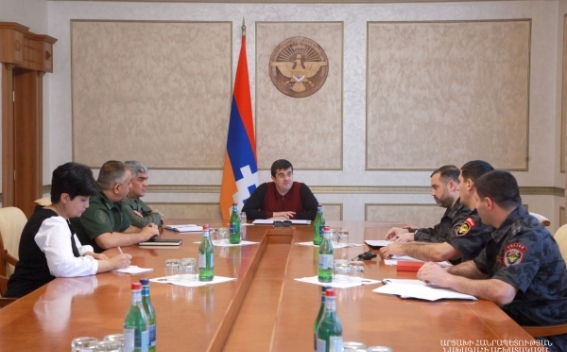 On May 27 President of the Artsakh Republic Arayik Harutyunyan convened a consultation on a number of issues on traffic and public order.
The work carried out to maintain traffic rules and public order, the current situation and issues were discussed during the consultation. The President demanded to be strict and principled in preventing and responding the violations, while excluding any case of disproportionate use of force. He stressed that it is necessary to take into account the post-war psychological features and to carry out the service with professional approaches.
Arayik Harutyunyan instructed the authorized bodies to study and work out mechanisms for the forgiveness and compensation of fines and penalties imposed for violating traffic rules during war and post-war period.