Now or Never!: Message by Third President of the Republic of Armenia Serzh Sargsyan on the Occasion of Republic Day 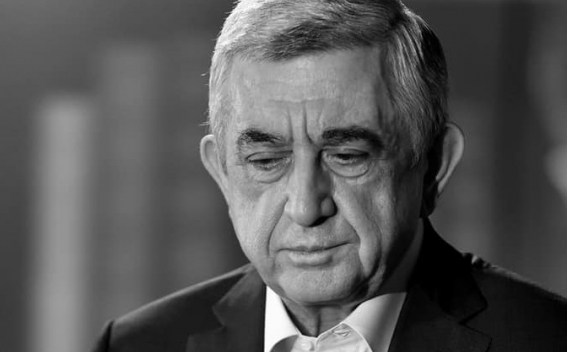 On 28 May RA Third President Serzh Sargsyan sent a congratulatory address in connection with the Day of the First Armenian Republic.

""Let us show the world that Armenians have the right to live freely and independently. Now or never," Aram Manukyan’s call to our people in 1918, at a critical time for Armenians, is, unfortunately, relevant more than a hundred years later. More than a hundred years ago, on the verge of despair and annihilation, but strong with a sense of national consciousness and historical responsibility, the Armenian people stood up against the enemy with one last supernatural effort.
Many public officials turned out to be cowardly capitulators who decided to hand over their native land to the enemy without resistance amid a challenging military-political situation; they were going to evacuate the population from Yerevan and position themselves on the Kanaker plateau. However, there were also meritorious citizens and individuals who considered it a disgrace to surrender to the enemy.
"The officers are going to surrender. Let them go! I am going to die. Join me whoever does not feel morally dead," said Garegin Nzhdeh, one of our famous heroes, who thereby encouraged those thousands of desperate people who had gathered in the courtyard of the Church of Holy Mother of God in Dilijan and were going to surrender with white flags.
Hero of the May Heroic Battles General Movses Silikyan, heroes of the Sardarapat Battle Daniel and Poghos Bek-Pirumyans, Tovmas Nazarbekyan, the clergy at Mother See of Holy Etchmiadzin, led by Catholicos George V. Surenyants, and other Armenians devoted to the homeland called for struggle and fighting to the last.
The Armenian freedom-loving heroic spirit triumphed in that standoff of heroes and capitulars, devotees of the nation and the anti-national type. The Armenian nation set a glorious example by heroically defending its homeland and honor, which ushered in the brilliant beginning of the restoration of the Armenian statehood after a century-long break.
The victories we boasted in May, 1918 in the battles of Sardarapat, Bash-Aparan, Gharakilisa opened up a glorious chapter in the history of the Armenian people.
Eternal glory and homage to the bright memory of our heroes!
This historical reference is intended to draw parallels, to soberly judge and find the right course of action in today’s equally fateful situation: either we rebel against the destructive policy of capitulating authorities just as our heroic ancestors did, and pass on to the rising generation a free, sovereign, powerful Armenia, or we deserve the gloomy fate of those nations left in history textbooks.
Now or never!"
Հայերեն На русском