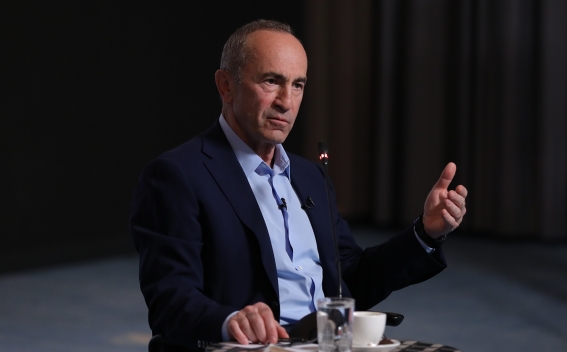 The political situation in Armenia contributed to the start of the Artsakh (Nagorno-Karabakh) war last fall. The second President of Armenia, Robert Kocharyan, stated about this in an exclusive interview with RBC television of Russia, News.am reports.

Asked whether the political situation in Armenia contributed to the start of this war, the former president noted: "Undoubtedly. The increase of Turkey's role in the region also contributed to it; Azerbaijan felt more confident. We see how Turkey is persistently crossing the boundaries of permissibility. And we see how the policy of Turkish neo-Ottomanism is actively developing."

According to the former president of Armenia, the Turkish influence is obvious. "By the way, we took a very thoughtless step when the Minister of Defense of Armenia announced a new concept: 'New war, new territories.' It was a thoughtless, populist move which resulted in the [military] aggression of Azerbaijan and Turkey," Kocharyan said, adding that the logic is as follows: if the Armenian side has some goals, then neutralizing those goals is more effective through Turkey.