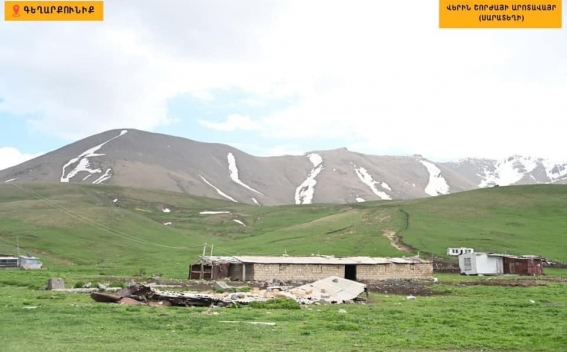 The fact finding mission carried out by the office of Armenia’s Human Rights Defender (Ombudsman) Arman Tatoyan revealed that Azerbaijani forces tried to steal around 20 horses from a shepherd in the area of Verin Shorzha village in Armenia's Gegharkunik Province on Sunday, June 6, at around 1:30pm, Panorama.am reports.

In particular, the horses belonging to the shepherd approached the Azerbaijani positions that are illegally deployed in the sovereign territory of Armenia. Taking advantage of the situation, the Azeri servicemen walked down towards the horses and tried to steal the animals.

The attempted theft by the Azerbaijani soldiers was prevented due to the shots fired by the Armenian troops, the ombudsman’s office said in a statement.

The incident took place in the Verin Shorzha pasture of Vardenis community. During the spring, summer and autumn months, civilians live here, grazing their cattle on the pasture.

“The fact-finding activities carried out by the human rights defender continuously confirm that the Azerbaijani servicemen are committing clearly criminal acts against the residents of Armenia’s border communities,” the office said.

“In fact, they deliberately open fire on the civilian population of the Republic of Armenia in order to deprive them of their right to life and other vital rights, such as to engage in animal husbandry and to earn income.

“These criminal acts against civilians of the Republic of Armenia in Gegharkunik started when Azerbaijani forces illegally invaded the sovereign territory of Armenia on May 12, citing fake maps.

“The criminal acts of the Azerbaijani armed forces are intentional taking into account the fact that they are taking similar actions against the residents (shepherds) of the border villages of Syunik Province, as well as other villages of Gegharkunik Province.

“The continuous fact-finding work makes it clear that the actions of Azerbaijani forces, which grossly violate the rights of Armenia’s border residents, are connected with the state-sponsored policy of Armenophobia and hostility in Azerbaijan.

“The protection of the rights of the Armenian population from the criminal actions of the Azerbaijani military requires the urgent creation of a security zone.

“The June 6 incident also clearly shows who is actually undermining security and the prospects for restoring peace in the region,” reads the statement.